“Waiting for the Barbarians”, the critically acclaimed film adaptation of J.M. Coetzee’s prize-winning novel, has debuted big in the UK, becoming the #1 new release on iTunes and #2 overall film  on the platform in the UK upon release this week.

Iervolino Entertainment’s “Waiting for the Barbarians” is a startling allegory of the war between oppressor and oppressed and stars Academy Award Winner Mark Rylance (Bridge of Spies), Academy Award Nominee Johnny Depp (Pirates of the Caribbean and Finding Neverland), Robert Pattinson (Tenet, The Lighthouse), Gana Bayarsaikhan (Ex Machina), and Greta Scacchi (The Girl in the Fog).

The film was directed by Ciro Guerra and written by Nobel Prize winning author J.M. Coetzee, who adapted the screenplay from his own novel. Two-time Academy Award winner Chris Menges was the cinematographer.

The Magistrate (Mark Rylance) of an isolated frontier settlement on the border of an unnamed empire looks forward to an easy retirement until the arrival of Colonel Joll (Johnny Depp), whose task it is to report on the activities of the ‘barbarians’ and on the security situation on the border. Joll conducts a series of ruthless interrogations, which leads the Magistrate to question his loyalty to the empire.

The movie was produced by Andrea Iervolino of Iervolino Entertainment, Monika Bacardi, Michael Fitzgerald, and Olga Segura. The team will now pursue Oscar® campaigns in several different categories for the film.

Said Andrea Iervolino, “There is a real sense of timeliness to this film that makes the audience reaction what it is, and what draws them to the story. Themes that are percolating in the world today make for an interesting viewership experience, especially when you have the likes of Mark, Johnny and Robert bringing the story to life. We’re happy more people around the world will be able to see and interpret this story – and of course, be entertained by it.”

Samuel Goldwyn Films released the movie in the U.S. The film was originally slated for a theatrical release, but due to the COVID-19 pandemic was released on cable on-demand and digital platforms beginning last month to great fanfare and ratings. 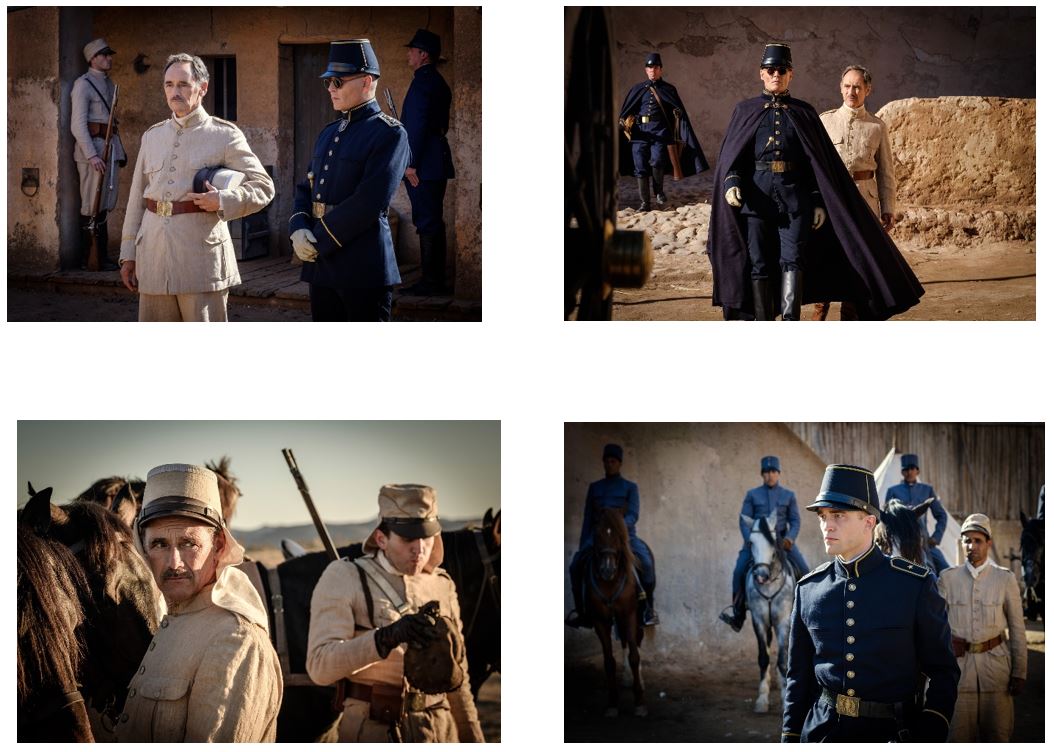